Born in Quebec City, Mary Mac grew up in Kingston Ontario and moved to Ottawa as a teen. Ottawa was home to the birth of her love for electronic music and first 'DJ' vinyl purchase - Cowgirl by Underworld, with Rez on the flip.

Mary Mac started DJing in clubs in early 2000, and was one of a handful of DJs in Canada pioneering the UK breakbeat sound. She accomplished a landslide victory in the High Noon Champion DJ battle, beating out Doc Savage in a record-breaking win. Securing several residencies, Mary Mac began headlining in Ottawa, Montreal, Toronto and Halifax at clubs like Collections, Mercury Lounge, The Well, Aria, Saphir, Blue Dog, The Lab, Club Red, and Reflections.

Feeling there was a void in the Ottawa scene, Mary partnered with local drum & bass DJ Grant Kellett to form Breakbeat Empire. They hosted a weekly breaks and d&b format night at MTL & Co. called FRESH, and kept things vibrant with their dual format and weekly blend of local talent and headliners.

Relocating to Vancouver in 2005 Mary Mac moved comfortably into the local drum & bass scene to play shows around the city with the likes of Ray Keith, Benny Page, High Contrast and the Automatic Crew. Over the years she has continued to broaden her musical repertoire with hip hop, dubstep, house, and a blend of genres in every set.

Comfortable in all genres, it has been a natural progression for DJ Mary Mac to perform weddings, corporate events, and venues that need a specifically tailored music for the environment. Mary Mac has been playing for over 14 years and has headlined shows across North America including Halifax, St. John's, Moncton, Montreal, Ottawa, Toronto, Vancouver, Victoria, San Francisco, San Diego & Mexico City. 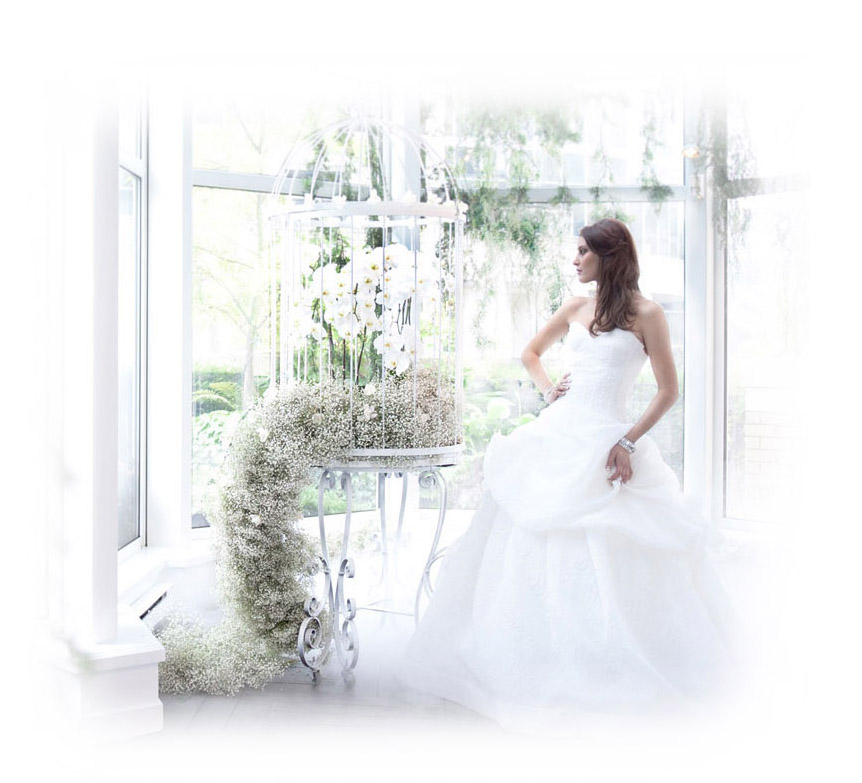 Hire a wedding Expert. With 14 years of DJing experience and over 60 weddings under her belt, Mary Mac has the necessary skills to make sure your big day goes off without a hitch. Rely on Mary Mac to help you through the process of song selection, making sure your room is appropriately set up for maximum fun and dancing. Pick your own, or choose from carefully selected song recommendations for your Entrance Song, First and Second Dances, Cake Cutting and more. Mary can also create custom playlists to perfectly suit your cocktail hour and dinner ambiance, and if you require, perfectly timed ceremony music. With experience at the top venues in Vancouver, Whistler and surrounding Islands, a giant music library of over 50,000 songs edited for explicit content, and years of wedding & event experience under her belt, Mary Mac is Vancouver's Premier Wedding DJ. Using real turntables, DJ Mary Mac hand-selects music based on your audience, percentage of young guests versus older, and your own personal style. If your priority is music and keeping guests dancing, you have found the right wedding DJ! Mary Mac's tried-and-true methods of learning about your personal tastes and reading your audience will ensure your party is the best it can be. Make sure you book in advance, because DJ Mary Mac sells out quickly every year and is the recommended DJ vendor at The Vancouver Club, an exclusive members-only venue in a beautiful heritage building in Vancouver's financial district.

Scott & Lindsay, Vancouver Convention Centre"We had DJ Mary Mac at our wedding and she was phenomenal. Not only did she keep all of our family and friends on the dance floor all night, but she was also professional in all her correspondence with us, making sure we were felt comfortable every step of the way. Highly recommend you give her a call!" Linh & Colin, Vancouver Convention Centre"My wife and I had Mary Mac DJ our wedding in August and she did an amazing job. She was very responsive to music suggestions, had everything we requested and overall provided a great mix through the entire night. She even stayed well past when the wedding was supposed to shut down and had everyone on the dance floor! I would recommend Mary to anyone looking for a wedding dj. I've been to a lot of weddings and she was the best I have experienced. We had friends ask about booking her as soon as the wedding was over." Lindsay Bozzer, The Vancouver Club"DJ Mary Mac made our wedding absolutely fabulous. She has the perfect music selection for dinner and once everyone hit the dance floor she played fun music that everyone, from young to old, could dance to. We gave her a list of songs that we wanted played and she filled in the rest. She truly made our wedding a wonderful event and I would recommend her to everyone. She also was dressed very appropriately which I appreciated!!" Pia & Morgan, Van Dusen Gardens"In one word - fabulous! The music was one of our top three items at our wedding and DJ Mary Mac did not disappoint. The entire reason I think a wedding DJ is a "must" because they can read the crowd and base their music selections on this reading. Dj Mary Mac had our guests dancing their socks off. She certainly made our wedding one of the best days of our lives. We highly recommend her services."

Whether a retail brand, salon, restaurant or office holiday party, your music should fit your brand, be edited for explicit content, and be fun and suitable for your target audience. Mary Mac has years of corporate event and music customization experience to ensure the music is perfectly fitting to your event. Mary has worked with large brands across Canada including Adidas Originals, Benefit Cosmetics, Sephora, Forever 21, H&M, Holt Renfrew, Chapters Indigo, Roots Canada, Club Monaco, Guess Stores and more.

DJ Mary Mac can provide a small portable digital setup for small spaces, or the full turntables and mixer experience for events. Songs are mixed together with skill and precision to create a flow and keep your audience engaged. Using Serato Scratch Live by Rane, Mary has access to her digital library of over 50,000 songs and if you have wifi access, can download songs in minutes from iTunes for a truly customizable music experience.

Mary Mac is able to provide Professional Audio Equipment and appropriate sound for up to 500-people events with a focus on audio quality, clean cable management and properly focused setup. For larger events we can work together to find the best and most cost-effective solution.

Digital vinyl means the DJ has access to an entire music library housed on their computer, but can still play and mix in a dynamic, tactile turntable environment. Learn how digital vinyl with Serato Scratch Live by Rane works in this video featuring Mary Mac on Get Connected TV Season 2: http://www.youtube.com/watch?feature=player_embedded&v=QIVusfcPVsk

Mary Mac fully customizes your party's music: with a background of experience in everything from Motown, Rock, Hip Hop, House, Top 40 & Pop to Jazz and Underground Electronic Dance Music, your party will sound however you desire. Mary Mac's tastes are extremely varied, and so her musical style and mixing ability is also very diverse. No two parties are alike, and DJ Mary Mac works hard to cater to you and your audience's taste. Check out a couple of Mary Mac's featured mixes below: a Christmas mix designed to compliment the perfect Holiday Party Cocktail Hour, and a 75-Minute LIVE Recording in the Gentlemen's Lounge & Scotch room at this year's Engage Bridal show at The Vancouver Club.

This is a modal.

Reveal makes these very easy to summon and dismiss. The close button is simple an anchor with a unicode character icon and a class of close-reveal-modal. Clicking anywhere outside the modal will also dismiss it.